I have now consolidated my blogs into one, which is now http://bobsoutdoors.wordpress.com

Bob
Posted by welshpaddler at 13:35 No comments:

Llansamlet to Mumbles Pier and back


There are lots of reasons for being retired but one good one is that one can choose the good days to go out. Today was a cracker, blue skies and not too cold. However although not too strong we seemed to be against the wind on the outward trip and again on the  way back - how does that happen?

Today was also the second in less than a week when we went east and crossed the Afon Lougher and strayed into Osprey Land (it`s a rugby thing).

We parked next to the lake in the Llansamlet trading estate and set  off on NCN 43 heading for Swansea marina situated in the imaginative named area of SA1 (the postcode). We passed the training ground of Swansea City FC, who are riding high at present in the Premier league and then Liberty Stadium where both the football side and the Osprey rugby union side play.

Once at the marina we crossed over the Afon Tawe by the barrage and then headed west on the shared path to Mumbles Pier. We did however stop at "Ripples" cafe for a cup of coffee and a warm Welsh cake and butter. 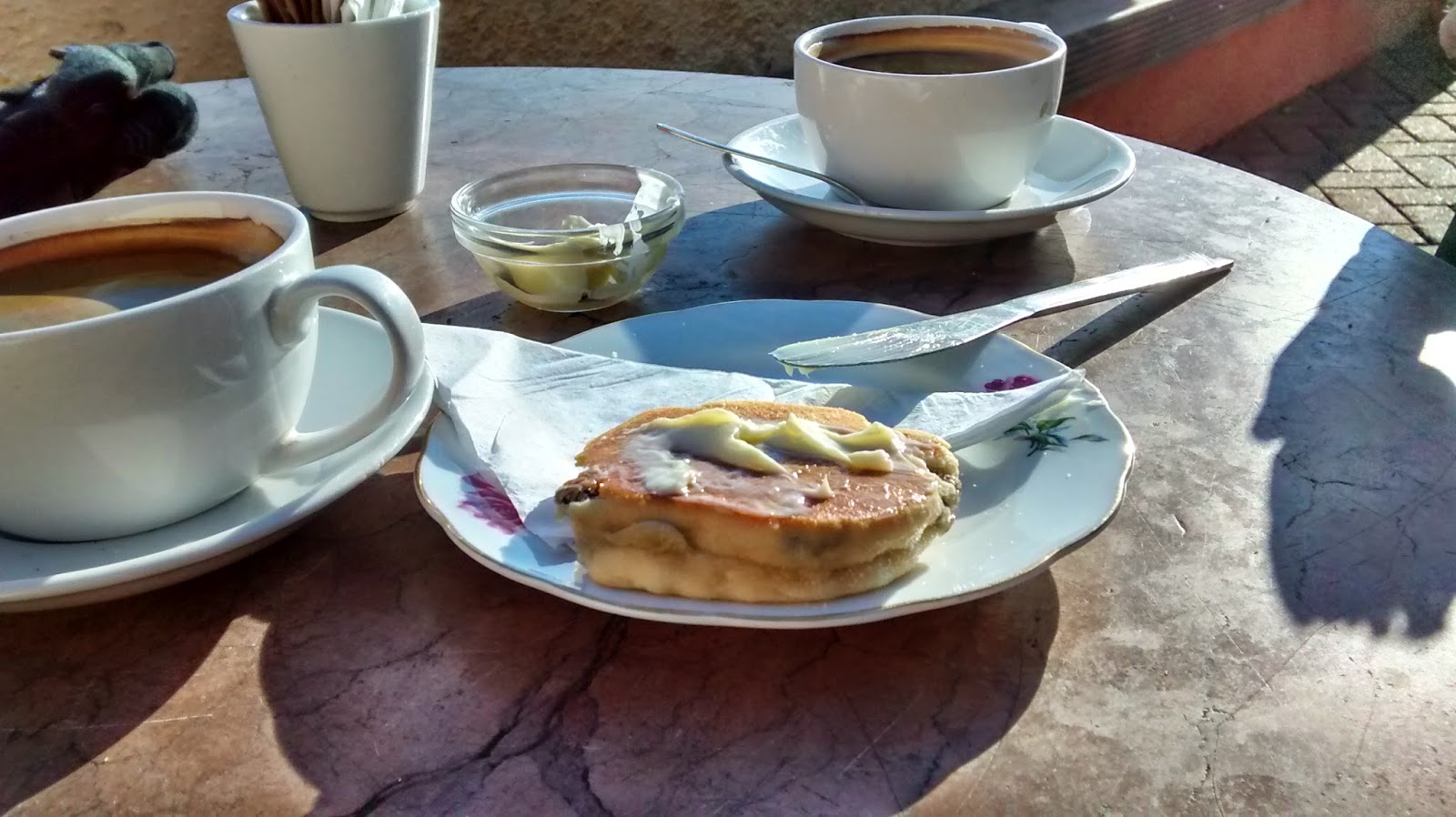 We returned on the same route apart from a short diversion to cross the Sail Bridge in SA1. 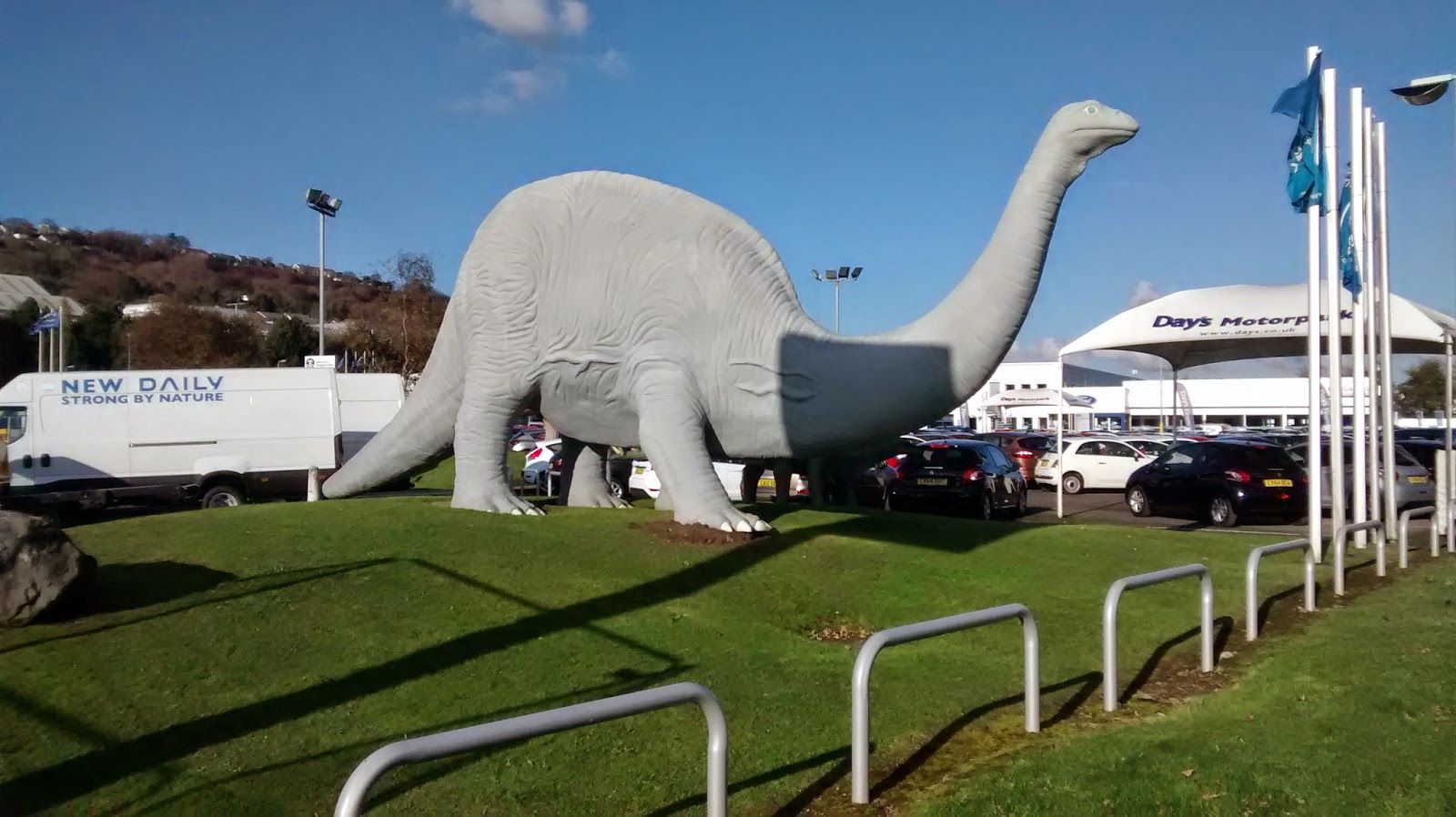 Before driving home we did visit Tredz Cycle shop to drool over lots of lovely bikes and kit, but no money changed hands.
Posted by welshpaddler at 11:07 No comments:

My son and partner live just outside Chester and luckily my brother-in-law Andy also lives in Chester.

The main purpose of my visit was to carry out gardening work at my son`s but I had time off for good behaviour and Saturday was pencilled in for a bike ride with Andy.

The plan was to cycle on the Chester Greenway and then on route NCN 70 to Delamere Forest and find our way back again on NCN70 and 71 to Guilden Sutton.

The weather was cooler than late with just a hint of rain but ideal for cycling.

The Chester Greenway is traffic free and built on a disused railway. We headed east but he way west takes you to the Wirral all on traffic free trails.

Once off the Greenway we cycled on mainly country roads with little traffic. Anyone thinking that Cheshire is flat well think again. There were some hilly bits with a couple of 10% inclines. I did walk for one short stretch.

Morning coffee (no cake) was taken at the cafe at Manley Mere and then lunch at the cafe in Delamere Forest (no cake). Not by design but we took a forest trail which coincided with a race celebrating the Sandstone Trail and it was very busy. 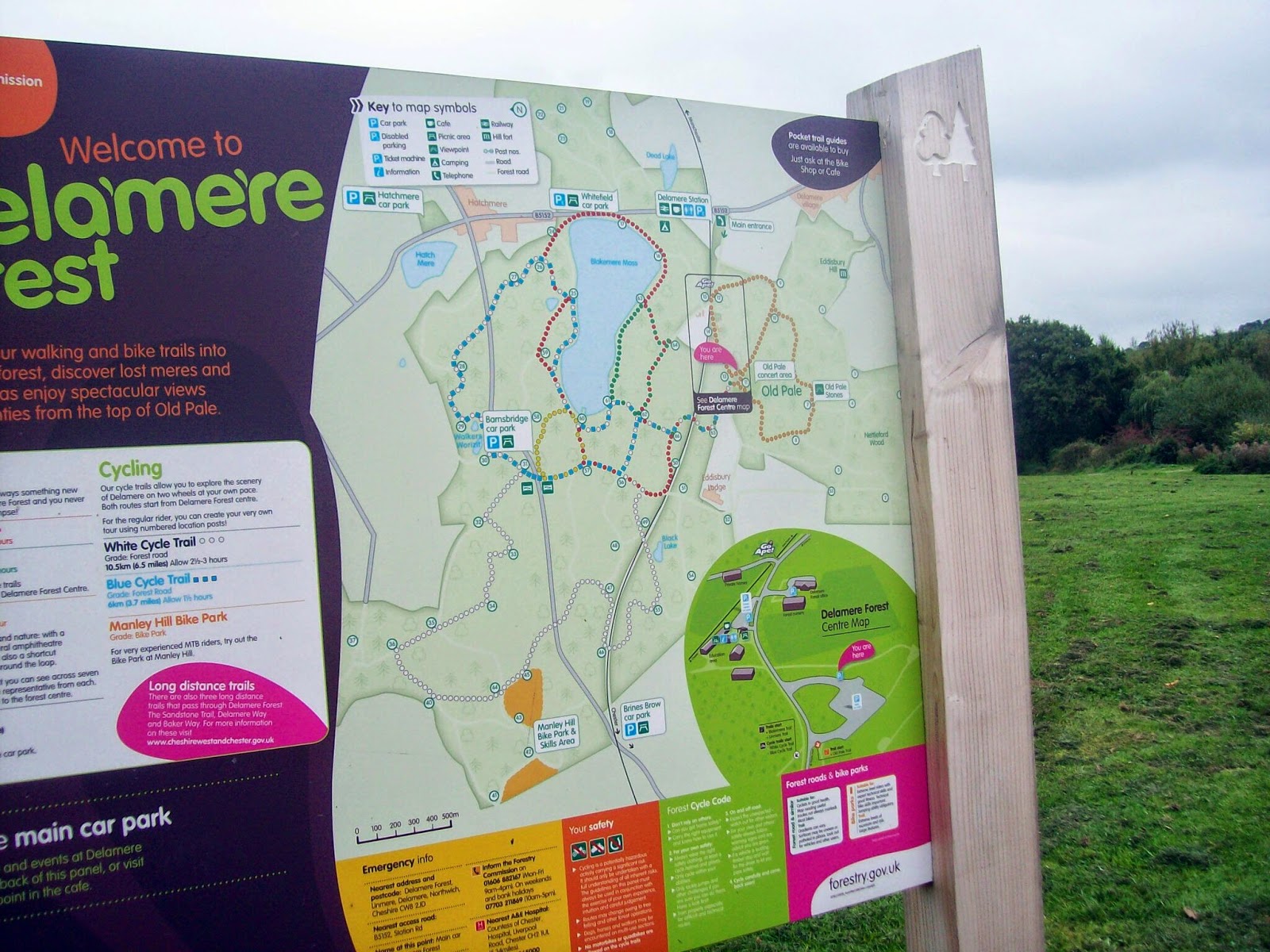 After lunch we took another forest trail around Blakemere Moss a shallow lake teeming with wildlife.

Back on the roads we cycled through some lovely Cheshire countryside and villages back to my sons home in Guilden Sutton, pretty well tired out.


Posted by welshpaddler at 12:19 No comments: 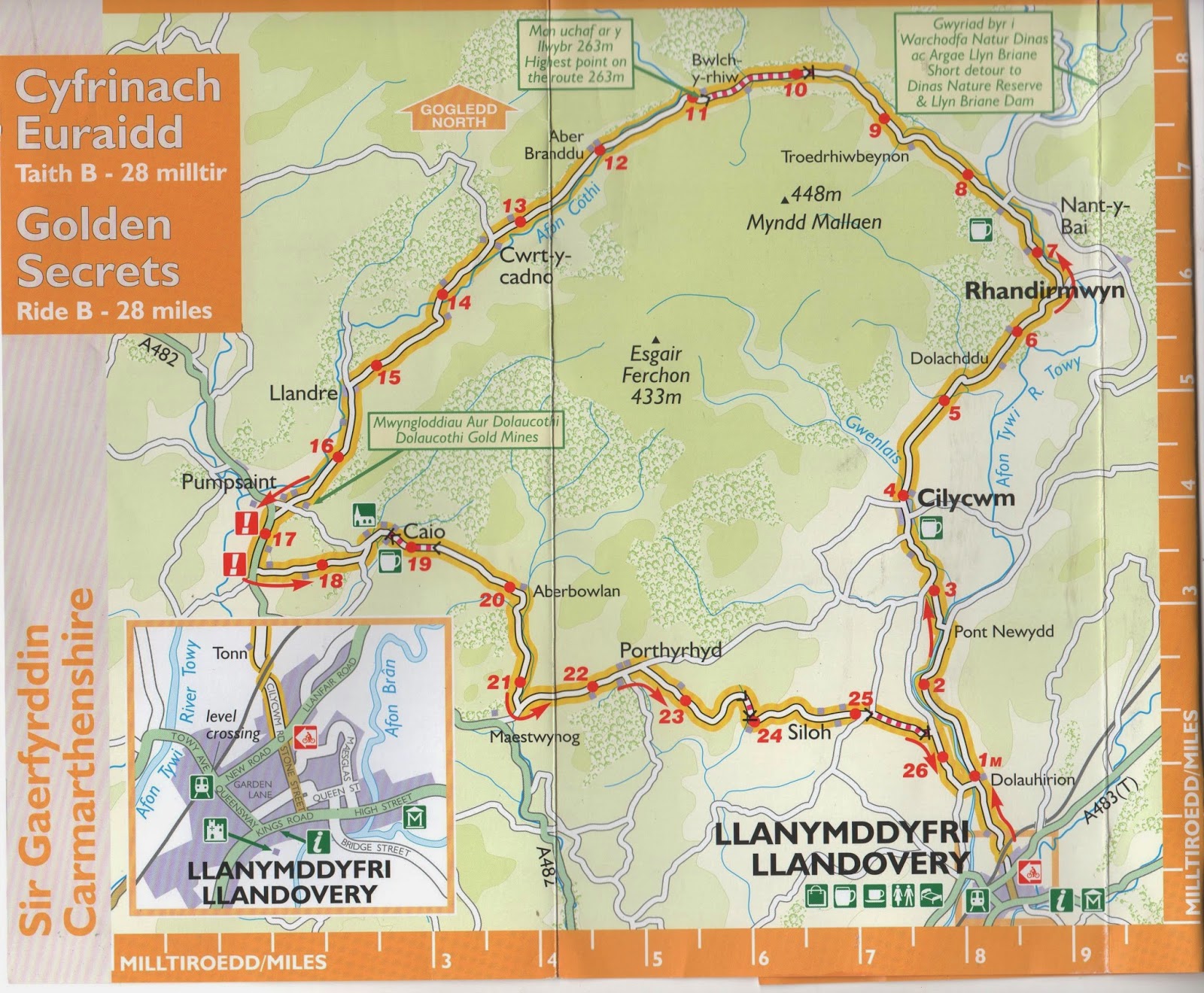 I parked the car by the bridge over the Afon Tywi and set off crossing Dolauhirion Bridge and thereafter followed the described route.

The weather was just right for cycling being not too hot or cold and little wind. 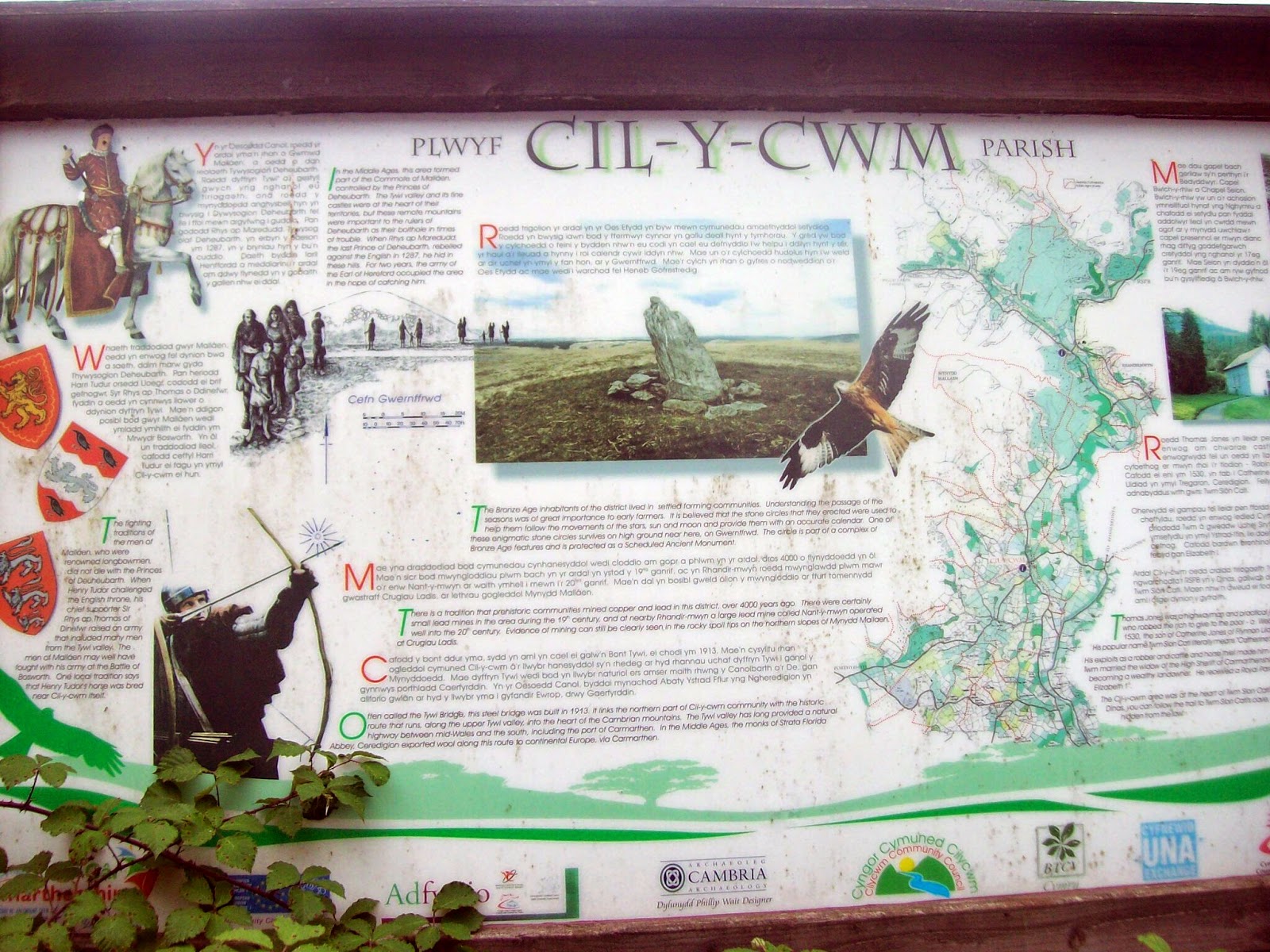 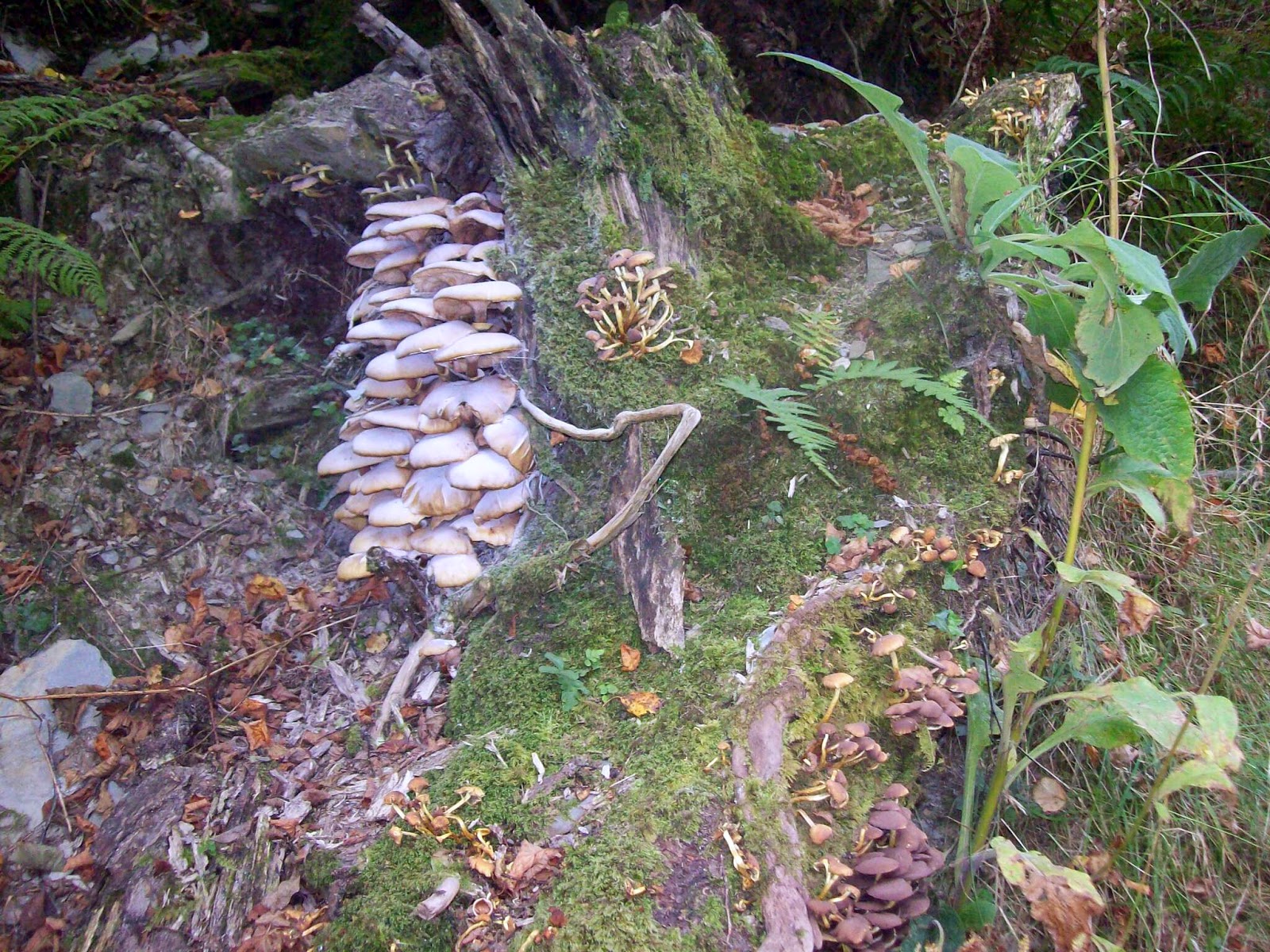 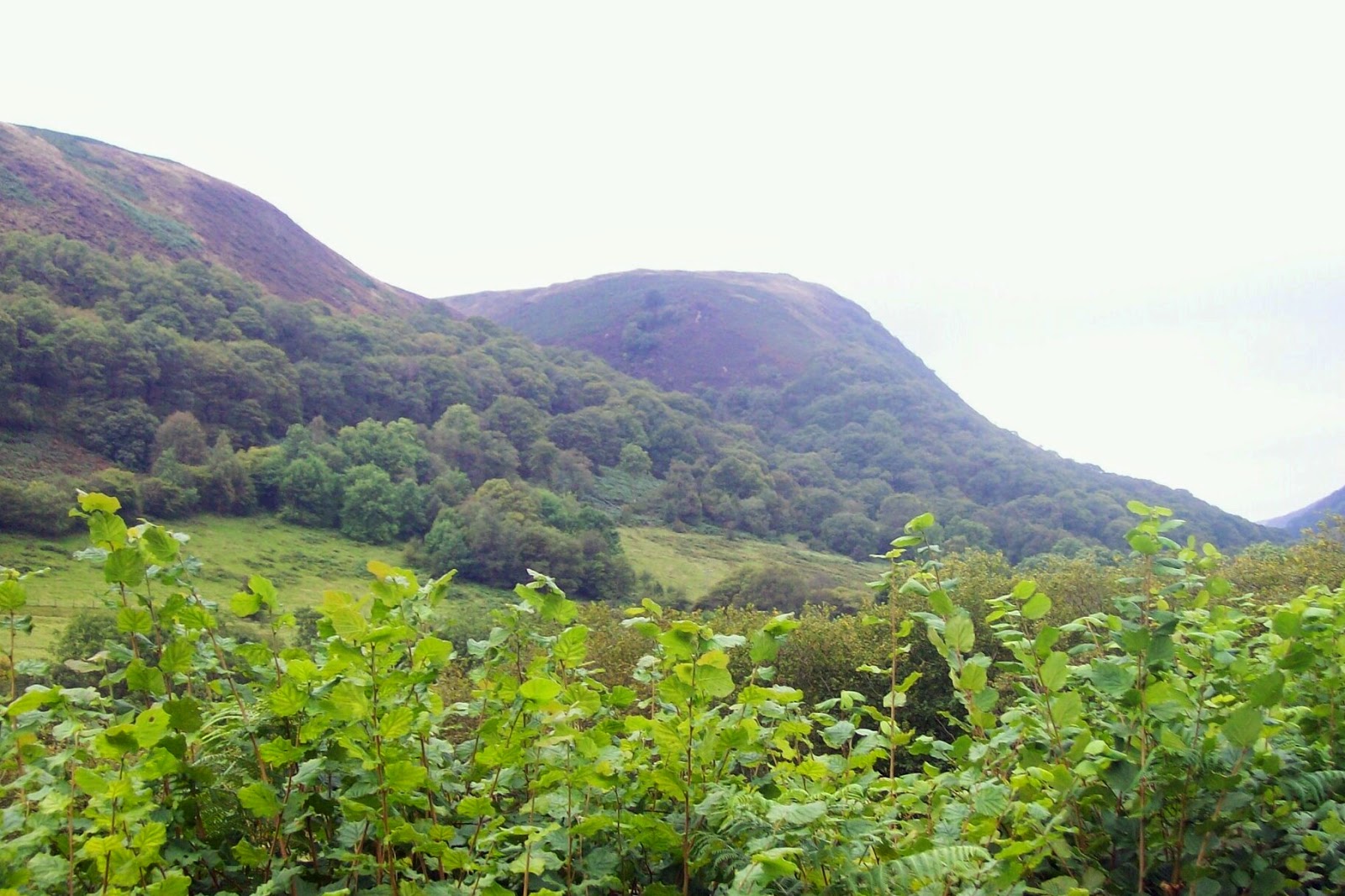 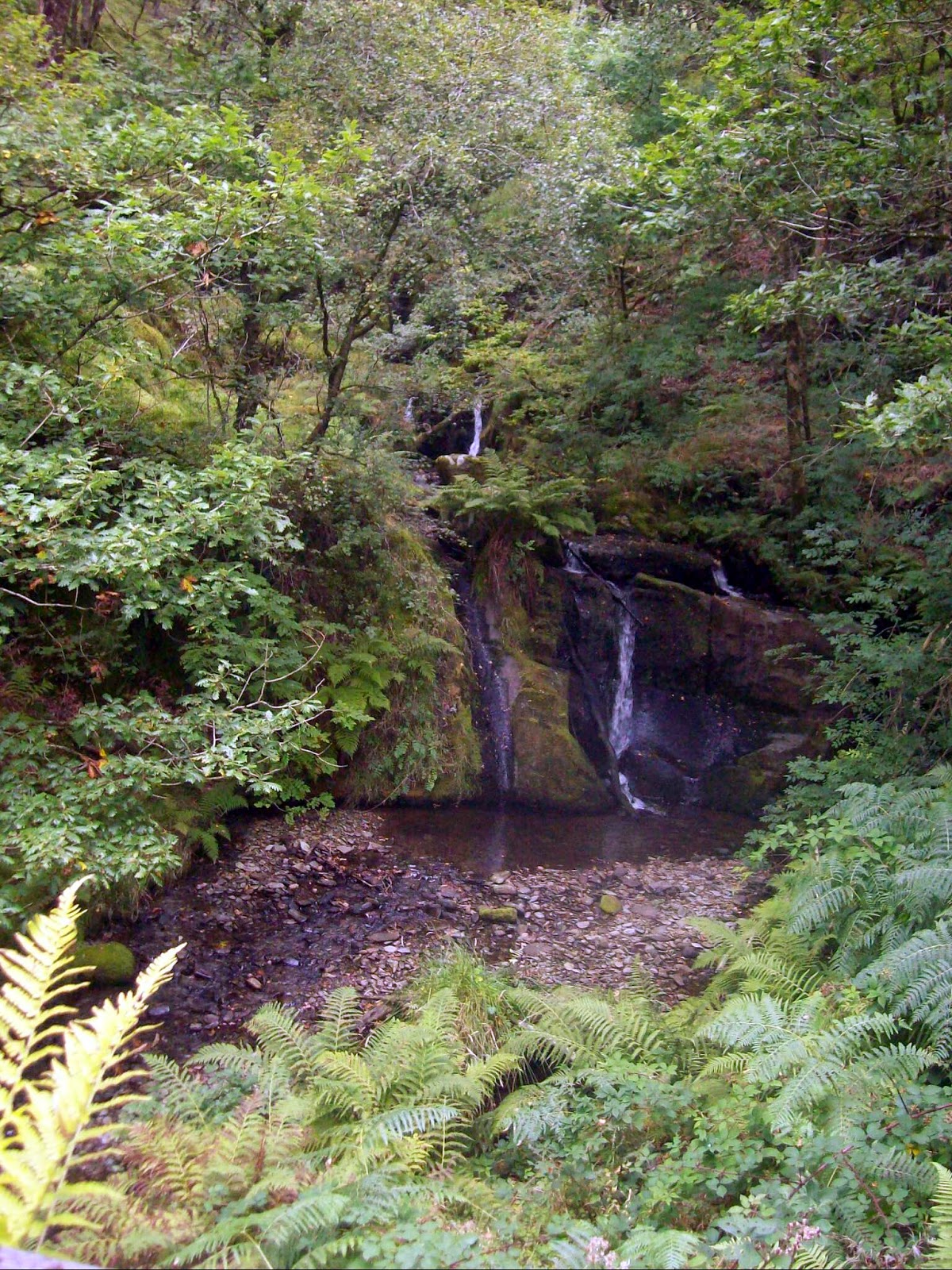 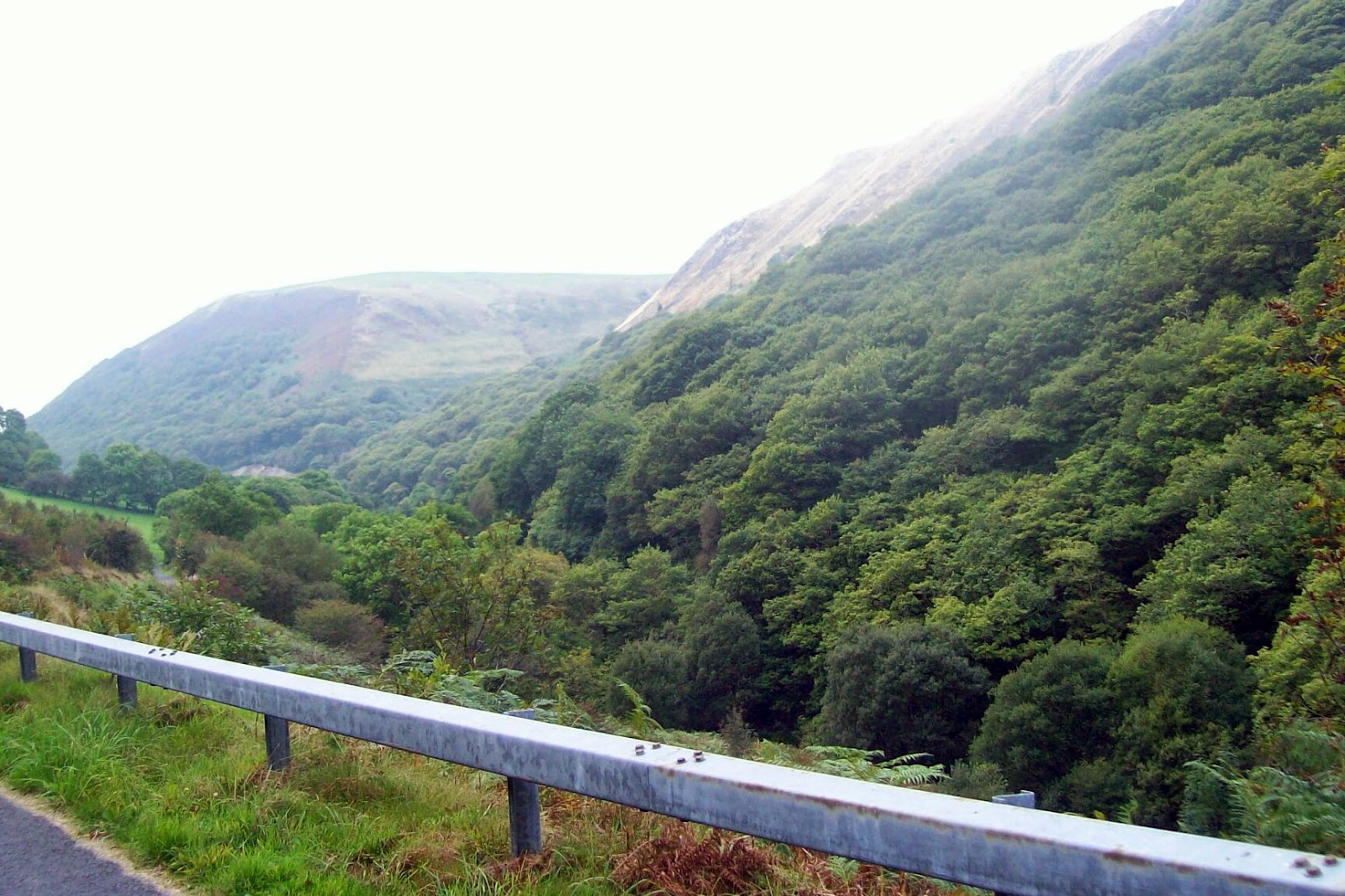 The route shows two steep areas but the first which leads to Bwlch y Rhiw was not too bad and I cycled the whole way rewarded with a lovely descent passing Cwrt Y Cadno and then the entrance to Dolaucothi Gold Mine. 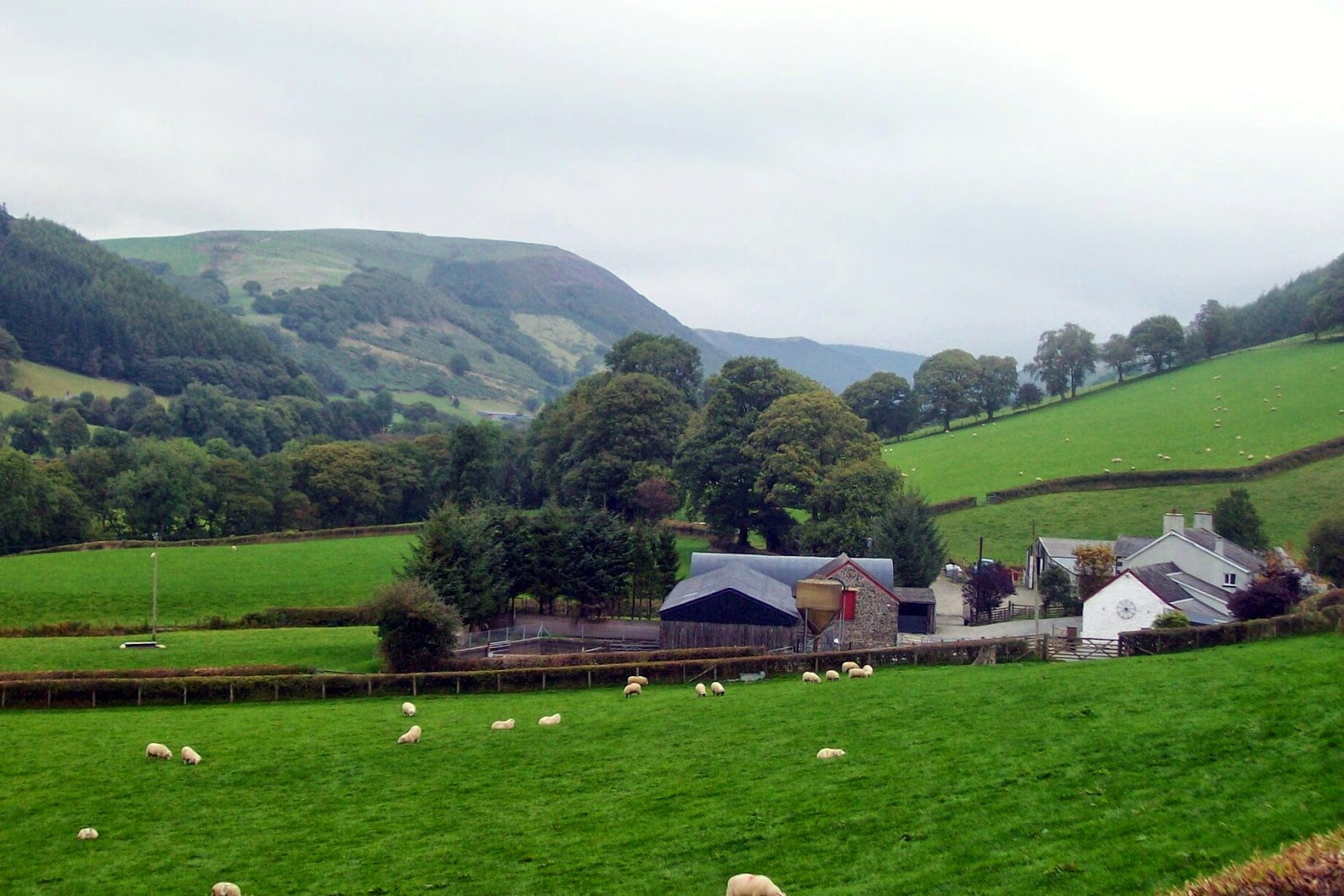 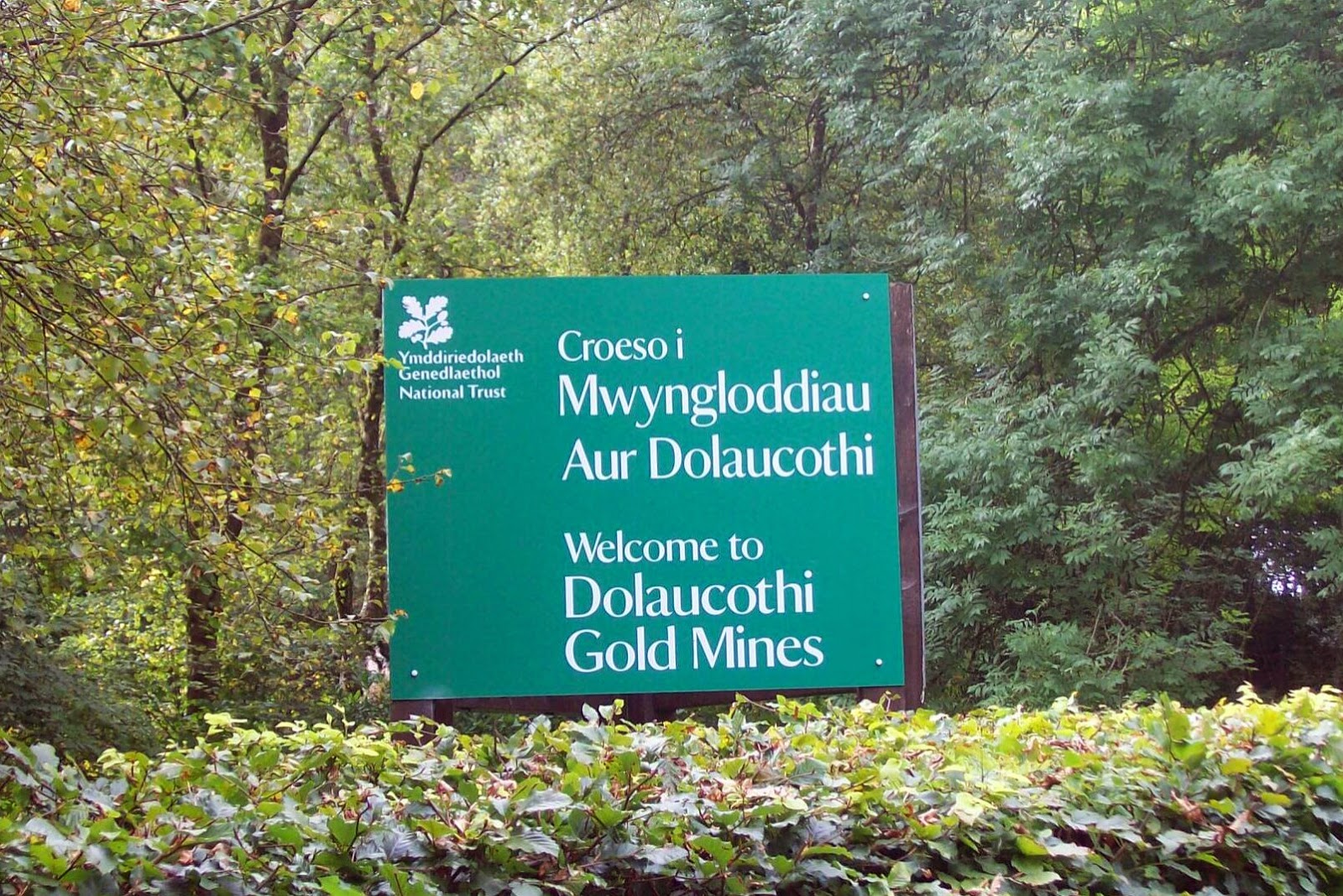 I was hoping the next steep bit on the outskirts of Caio would be similar to the earlier one, but no, this was beyond my output and I walked slowly up pushing the bike and munched a banana at the top.

My friend tells a story about Caio when he was asked by a traveller if he knew the way to CA  10, When the traveller showed my bemused friend a map he realised it was Caio! 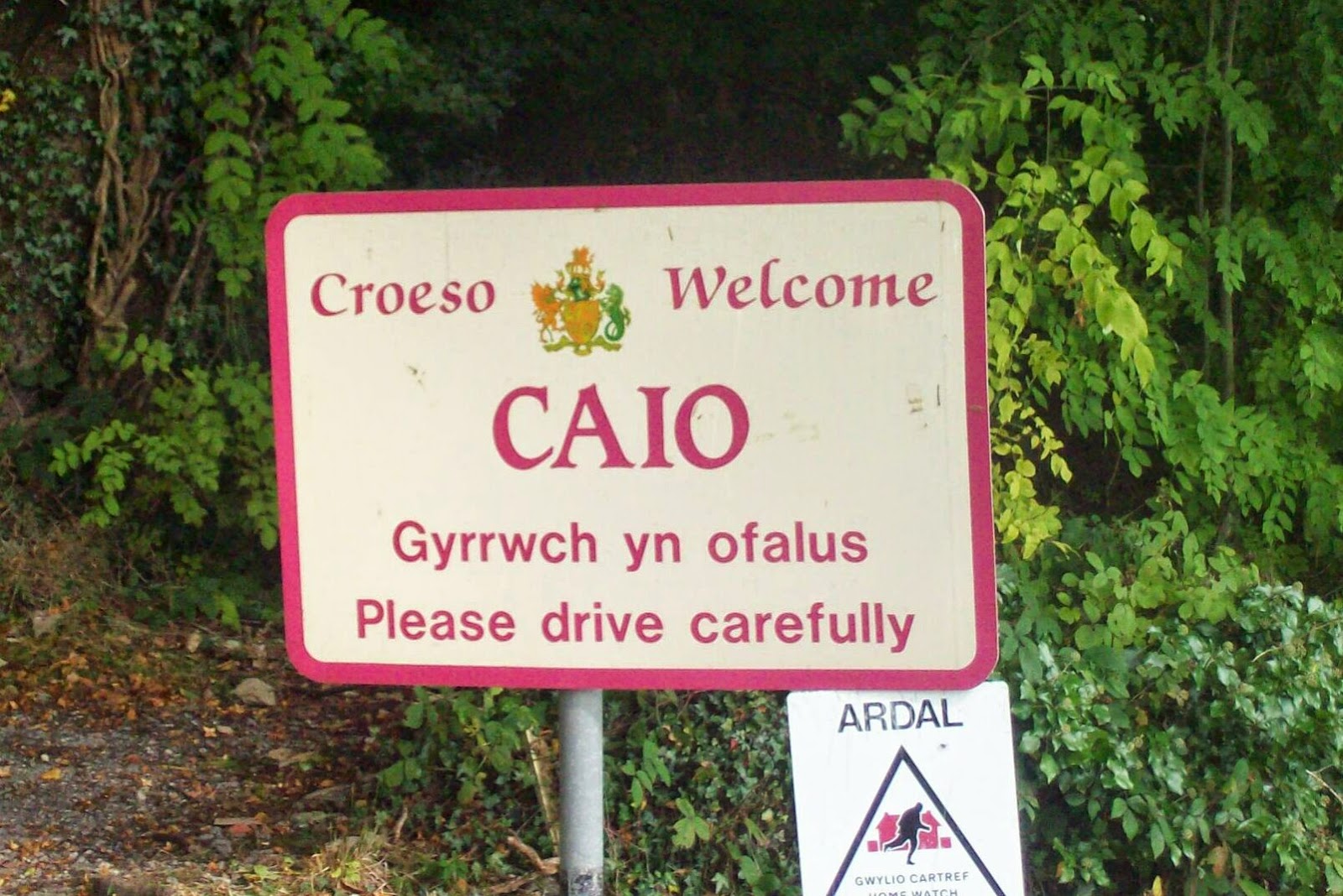 I had a short lunch stop in Porthyrhyd ouside the old post office. This Porthyrhyd sometimes gets muddled up with the other Porthyrhyd near my home and about 7 miles east of Carmarthen.. 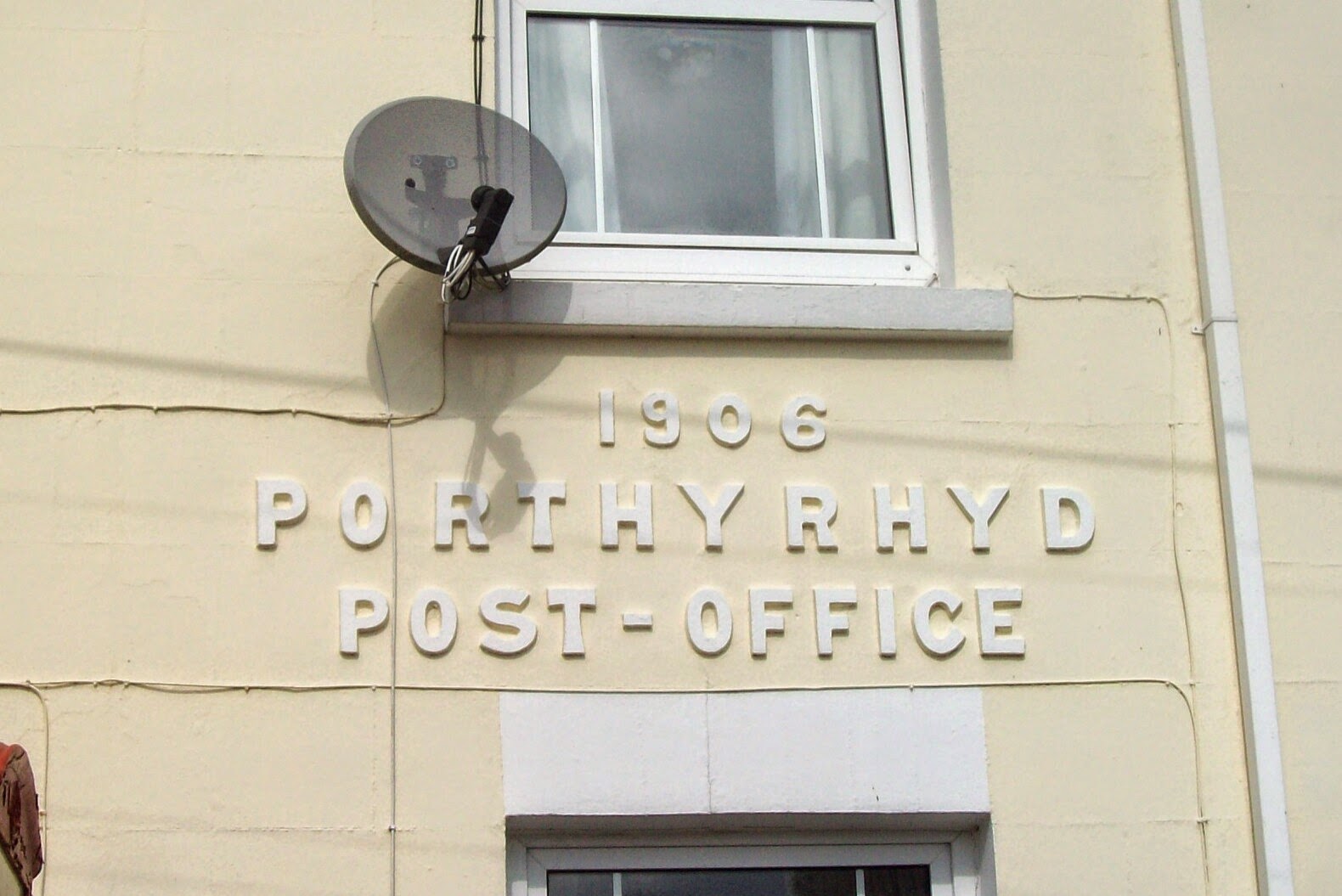 From here it was relatively flat with one steep descent back to the car.

Posted by welshpaddler at 07:36 No comments:

Paul and I decided a ride on the Millennium Coast Path to include fried egg on toast at the Pavilion Cafe seemed a good idea.

We parked at the Wildlife Centre and cycled west passing the North Dock Discovery Centre and on to the Pavilion Cafe. However we had made good progress and cycled on to Burry Port and stopped here near the lighthouse.


There is a plaque here now reminding readers of the power station which once dominated the area and which I did vaguely remember.

We cycled back to the Pavilion and enjoyed double fried egg on toast and a warm drink.

My cycle computer turned 1000 miles on this trip which has taken me from Christmas 2012 to complete! 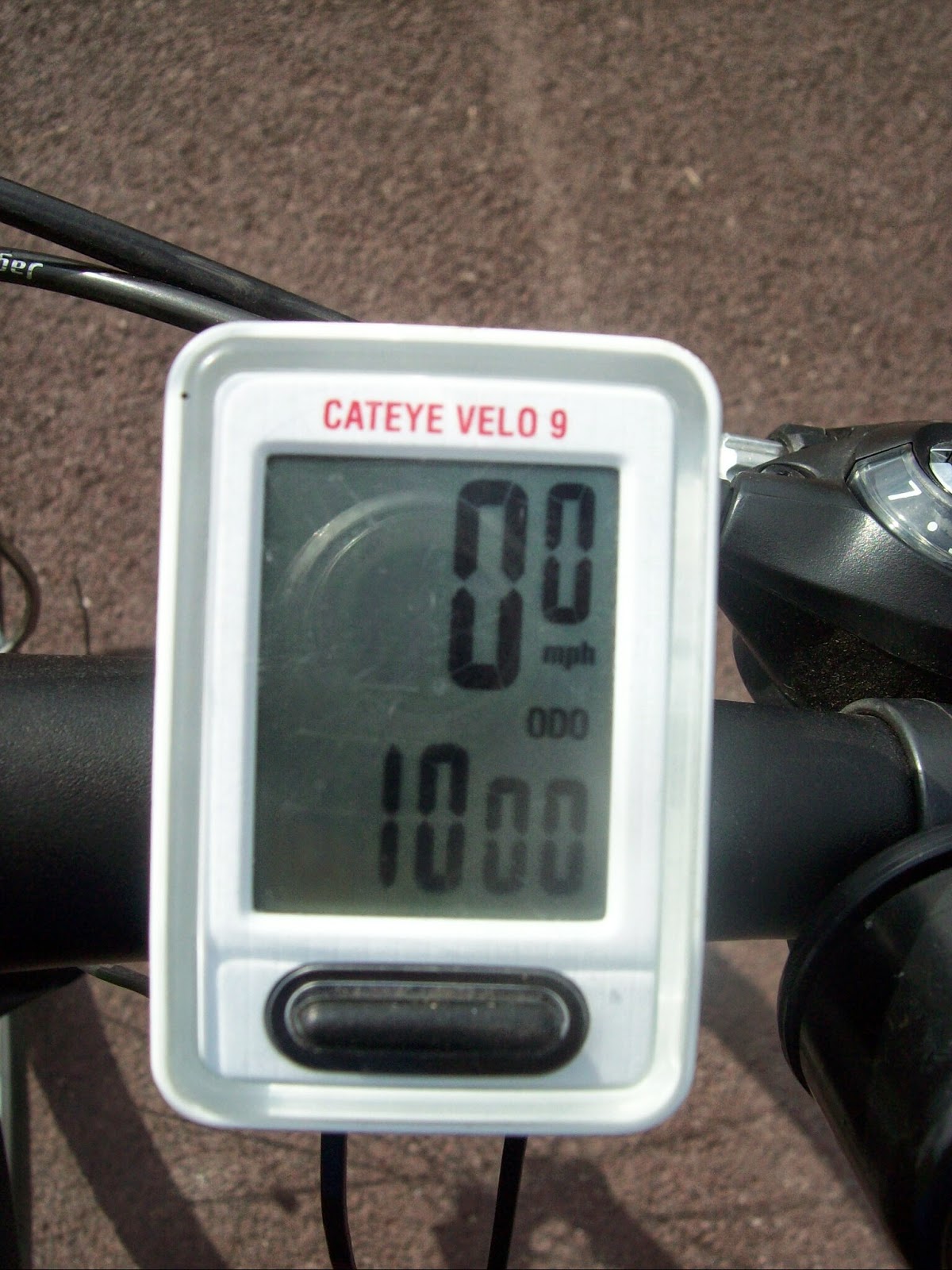 Posted by welshpaddler at 12:40 No comments:

Lougher to Weobly Castle and Return

I was on grass cutting duty for my son today as he is a work slave trying to educate the youth of Swansea.

So as to make the best of the day I took my bike along with a plan to cycle from Lougher bridge and head out on the north coast of the Gower.

This was a new route for me and a recce for a possible overnight further into the Gower.

I was pleased to find a traffic free part of the route along the North Gower Way which led to the outskirts of Penclawdd. 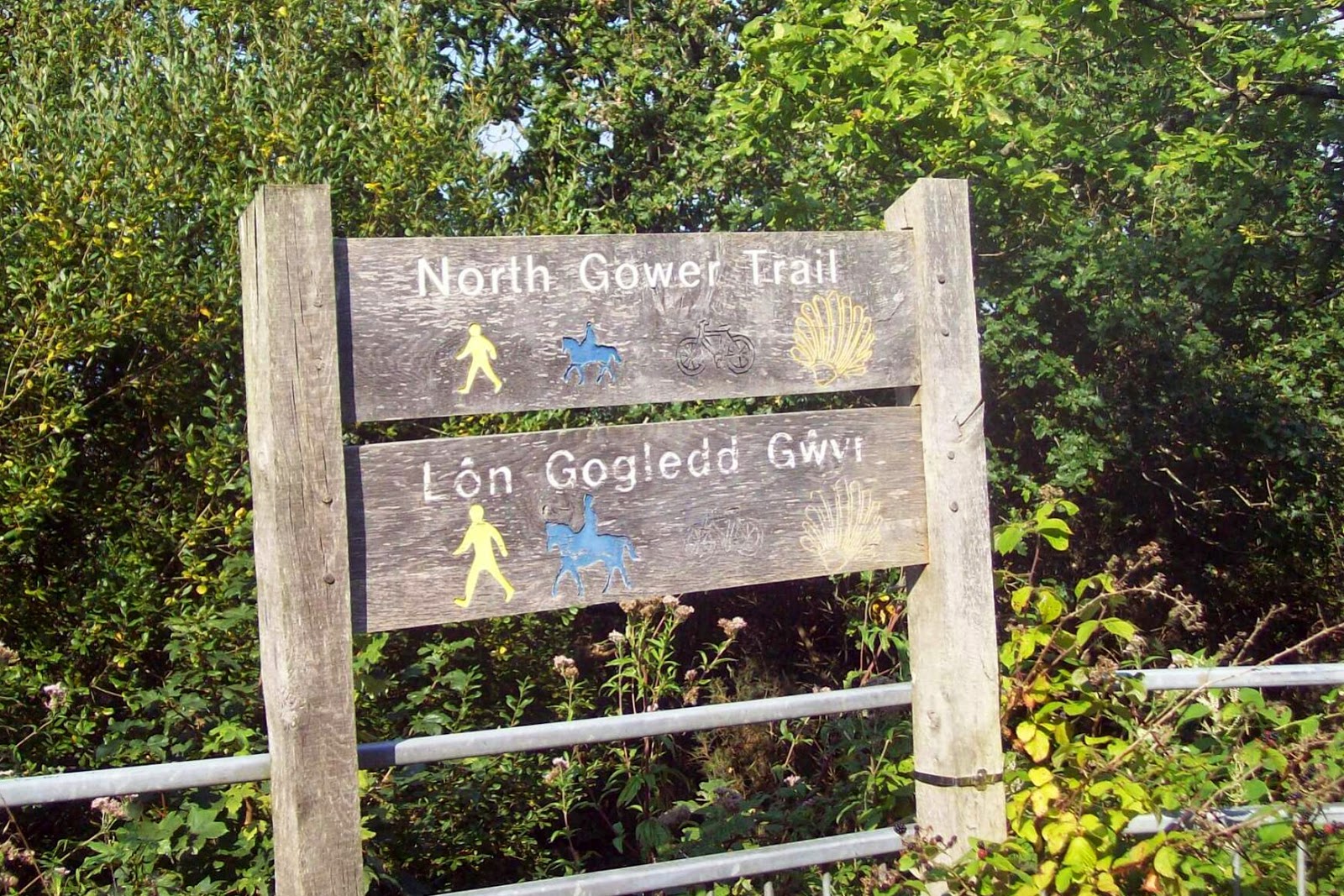 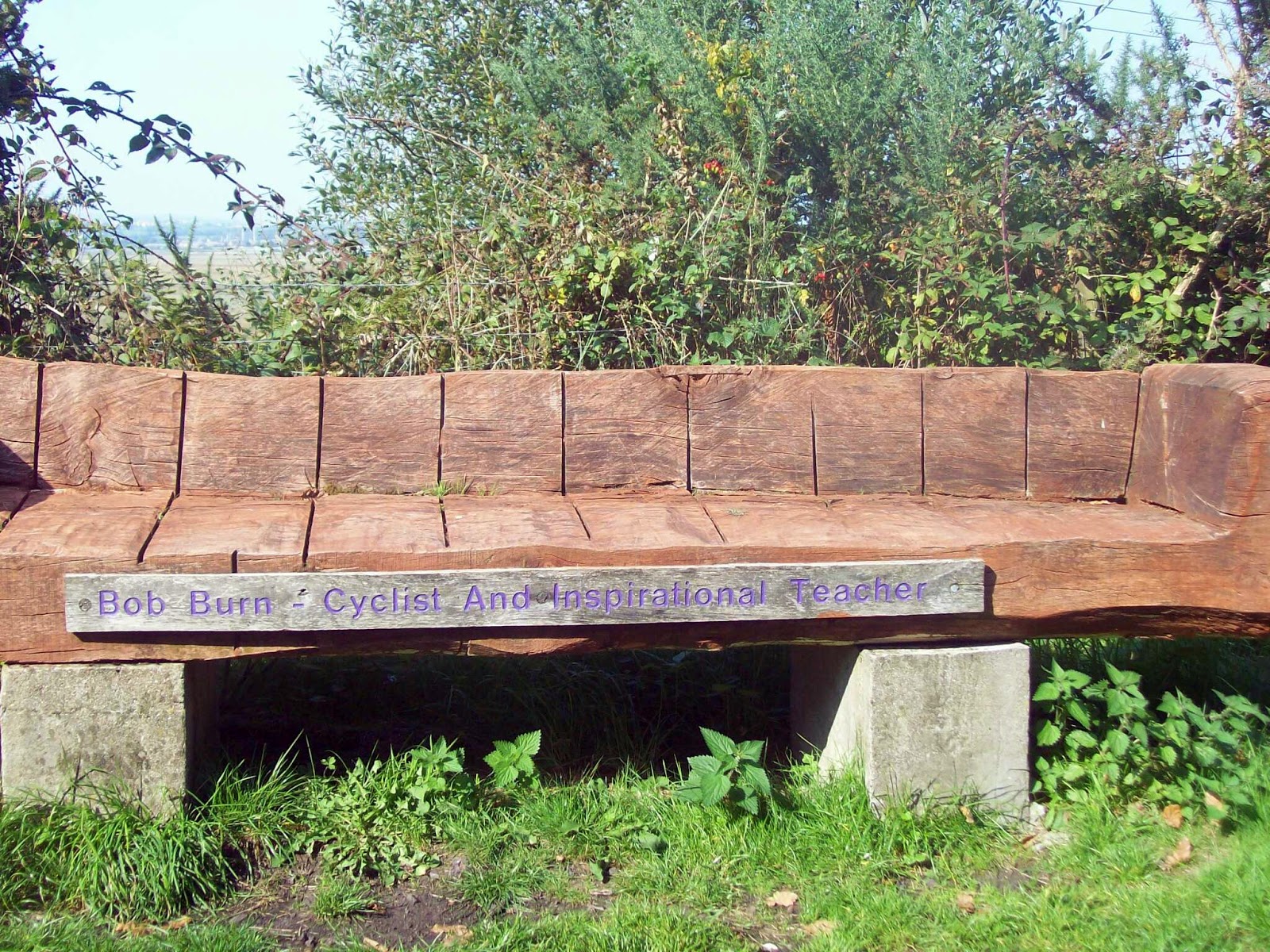 Then at Crofty I took a minor road which took me alongside Llanrhidian Marshes, with warnings that high tides may flood the road and the danger of unexploded ordnance on the marsh! 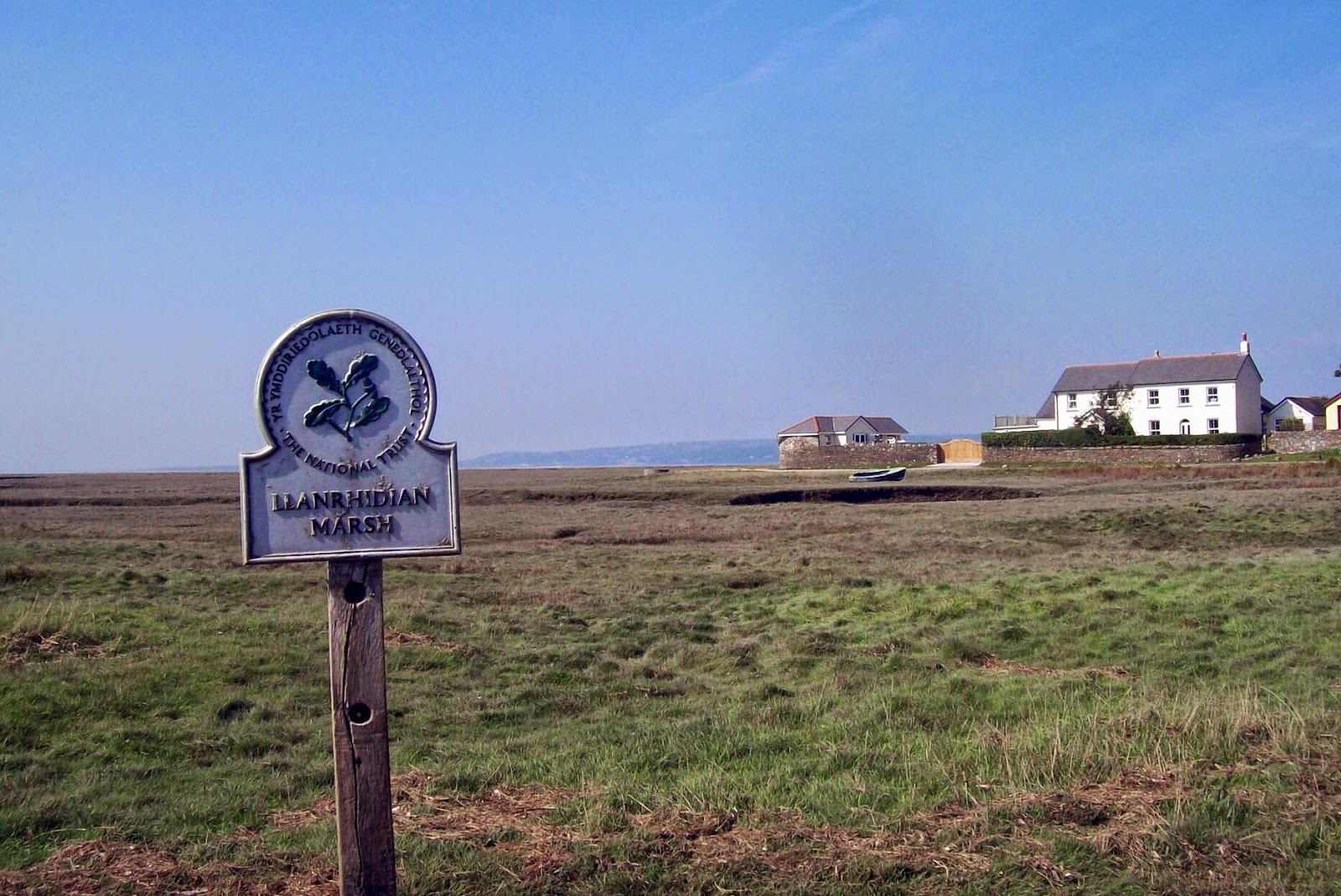 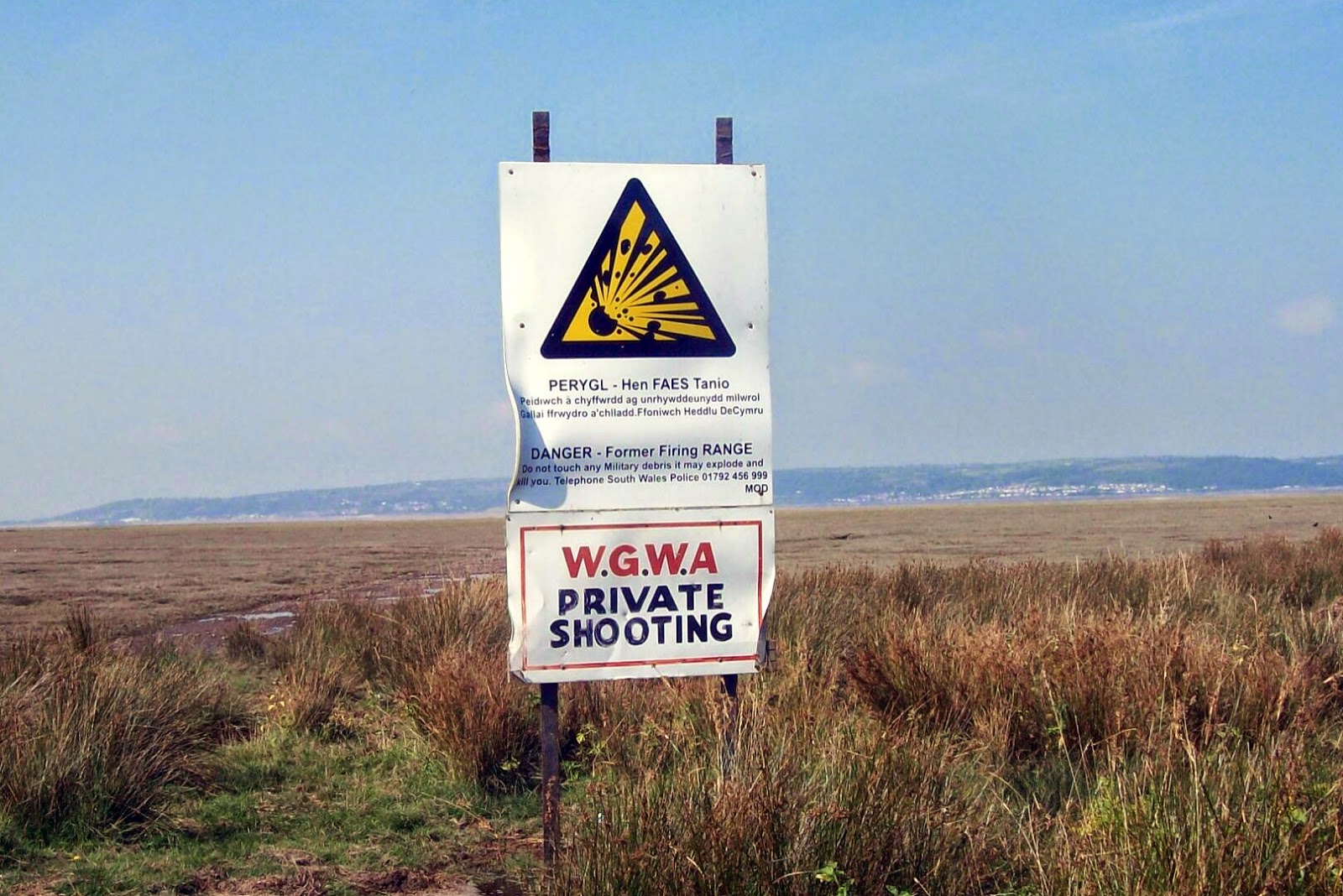 On through Llanrhidian I then took the road to Weobly Castle, one I had not previously seen. I did not pay the fee but perhaps next time when I repeat the ride with Paul.  It looks like there may be fine views from the castle. 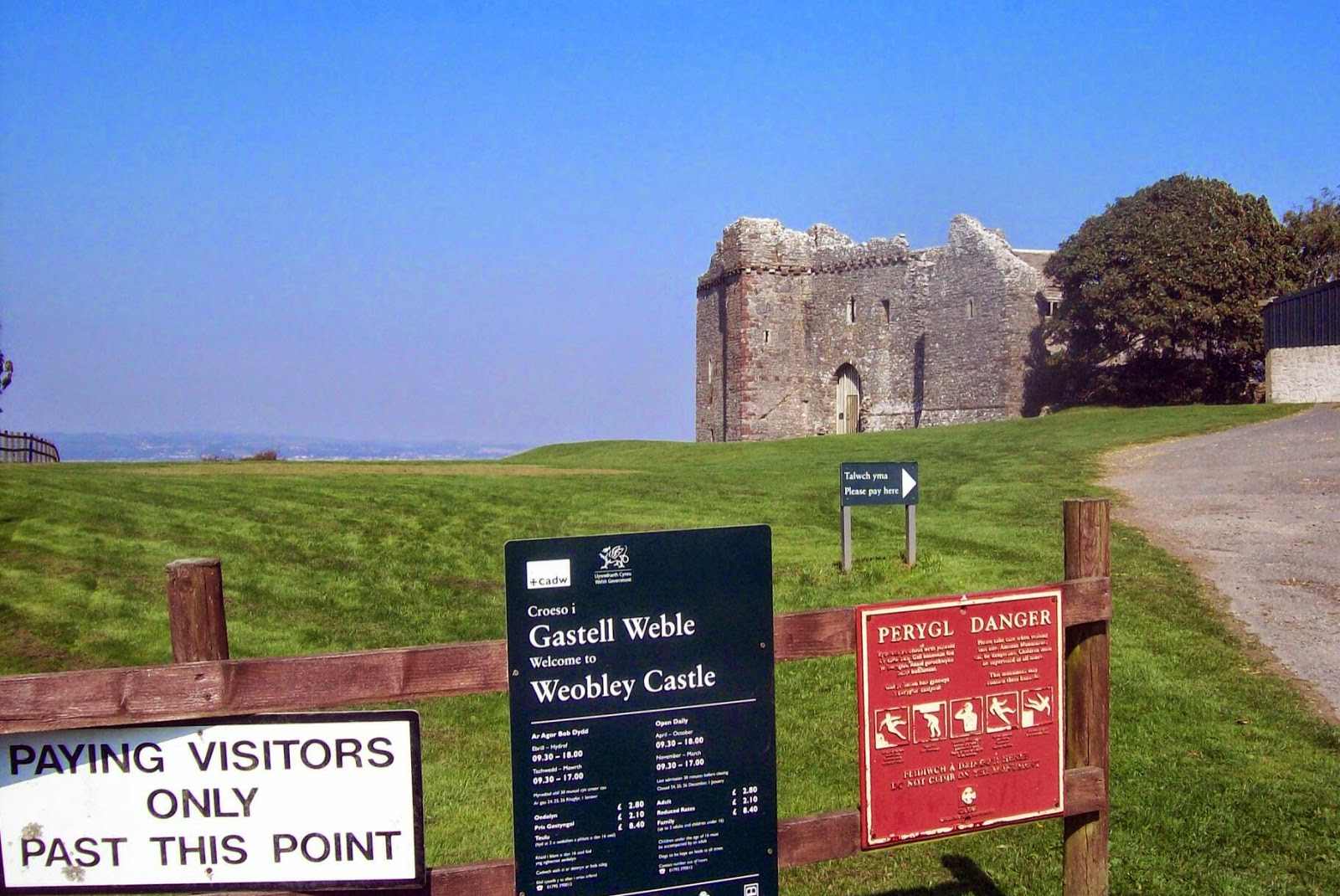 I retraced my ride back to the car.
Posted by welshpaddler at 12:27 No comments:

With one day left of our boys week I suggested a bike route which Andy had not done. This was NCN43 which links Swansea bay to Ystalyfera.

We parked up at the trading estate in Llansamlet and set off heading north to Ystalyfera. As said in previous blogs this is a traffic free route and  well worth cycling.

No pictures I am afraid. However i cycled this at the beginning of June with Paul http://randombikerides.blogspot.co.uk/2014/06/llansamlet-to-ystralefera-and-back.html

On reaching Ystalyfera the cafe was again closed - early closing on Saturdays, although we were told that the owners were considering extending weekend opening. Not to be outdone we  crossed  the road to have coffee and cake in Asda.

We decided on returning to Llansamlet to continue on to Swansea Bay, which was part of the route which was new to me.  The path is again traffic free and passes next to the Liberty Stadium, home of the Ospreys (not a place for a  Scarlet fan) and Swansea FC.

We crossed  the road to enter the marina area and pedalled around , watching some expensive yachts enter through the lock gates and then back to Llansamlet.

The end of a good week of "being outdoors"
Posted by welshpaddler at 12:17 No comments:

welshpaddler
I live in West Wales and enjoy the outdoors, mainly hillwalking and canoeing. However just before Easter 2012 my knee complained and it looks like some probing and cutting are on the cards. It was suggested that bike riding may not put so much strain on the knee and hence another blog. . Following keyhole surgery my knee problems improved and I bought my own bike, a hybrid and thoroughly enjoying my new hobby. In 2013 I bought kit and have had a couple of overnight camps.